I don’t know about you, but I get so bored when I swim laps.  My brain seems to run on overdrive, thinking about the most random things or continually counting laps.  It really makes a one hour swim hard to take at times.  I ran across an ad on Facebook for waterproof mp3 players and headphones last year and loved the idea of listing to music while swimming.  There are studies that show that listening to music while swimming laps has some serious benefits, but more on that later.

I recently ran across an article “5 Reasons Swimmers Should Listen to Music During Practice” by Bri Groves, a Swimming World College Intern.  Bri stated some of the benefits of swimming with music. (1)

Upbeat melodies can increase motivation – That doesn’t mean that you should listen to any music, but shoot for songs that range with a BPM (beats per minute) of 125 to 140.  You can find the BPM for a song by doing a google search. (1)

In several studies (2), scientists concluded that as the BPM’s of music increased, the power output of the athletes’ increased as well.  This could result in a greater distance per stroke in swimmers.  (1)
As you swim in sync with the rhythm or beat of the music, your stroke rate will increase as you listen to faster music. (1) 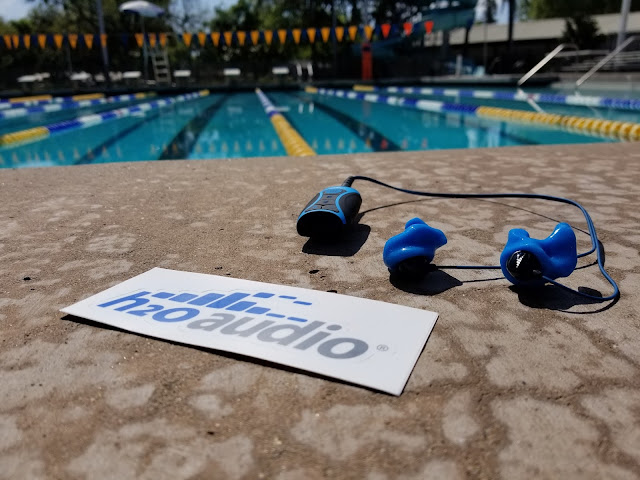 H20 Audio was founded in 2003 in San Diego by Kristian Rauhala.  He has worked for Nokia and then co-founded a few companies.  In 2003, these new things called MP3 players were just coming around, which gave people great quality sound from music files you could download.  These products weren’t made for use in pools or oceans though.  H20 Audio filled this void and hasn’t stopped coming up with great products in this field.  They make everything from cases, mp3 players, and headphones that are all waterproof.  I am testing their SURGE Custom Earphones and STREAM Waterproof MP3 Player.

The STREAM Waterproof MP3 Player is an 8GB mp3 player that is extremely simple to use and is relatively compact.  It has one port for the headphones (standard headphone jack) and five buttons.  There are back/volume down, play/pause, and a forward/volume up buttons.  There is also a button to shuffle the playlist and another to turn on Bluetooth (more on that in a little).  The unit is easy to use.  To turn it on, simple hold the play button for a few seconds.  To skip to the next song, touch the forward button once or to turn up the volume, hold the forward button down.  The same process is followed for going to a previous song or turning the volume down, by using the back button.  The player also makes shuffling the playlist easier than other players I have tested.
The STREAM Waterproof MP3 Player is built to withstand submersion of up to 12 feet of water and the rechargeable battery lasts up to 10 hours.  It even allows you to stream music from your phone as long as you are within about 30 feet of it.  This is great if you want to listen to music or podcasts on your phone.  I tried to place my phone next to the pool’s edge about halfway down and had enough signal to work the whole length of the 25-yard pool. 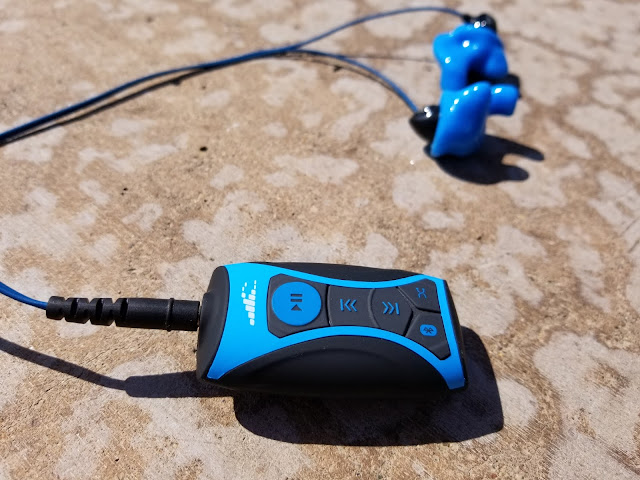 The headphone jack is where you charge the unit, which only takes about an hour to fully charge.  You also connect the USB to headphone cord here to download your mp3s from your computer.  Simply drop them on the device like it is a flash drive.  My favorite feature of all though is that with every push of a button, it will tell you “Power On” or “Pause” which makes it easy when you are in the water and are not able to see the buttons you are pushing (because you have the MP3 player clipped to the back of your head).

I was also able to test out another awesome product from H20 Audio.  The SURGE Custom Earphones.  I have tested other waterproof earphones and while they worked, the sound quality left a lot to be desired.  It often sounded tinny.  Don’t get me wrong, even the other headphones were a huge improvement over no music at all, but I was left wanting more.

I first read about how H20 Audio was making custom fitted earphones that were more comfortable and sounded better than the competition.  I knew I had to test them out.  While I only spend about an hour a week in the pool, my old earphones hurt my ears and like I said earlier didn’t sound very high-end.

I was asked to go to an Audiologist to get a mold of my ears.  I ended up going to a local guy who was amazing.  He gave me a free hearing test while I was there.  He injected some material into my ear canal and after a few minutes, it hardened and was removed.  The whole process only took 15 minutes. 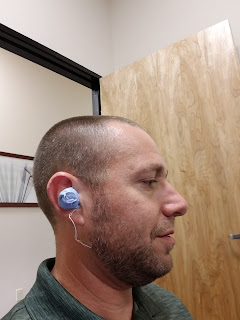 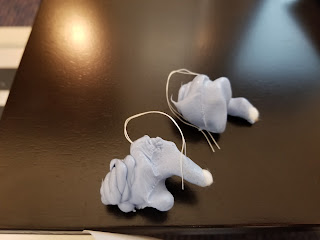 The molded ear impressions get sent into Westone, who manufactures the custom silicone earplugs that go on the headphones.  The fitting process costs about $50 and is not included in the cost of the custom earphones.

After about 2 week, I had my new earphones.  I wanted to get out and test them right away, but unfortunately the heater in my public pool wend down and I had to wait a few weeks (because they closed the pool).  When I was able to test them for the first time, I was completely blown away by a few things. 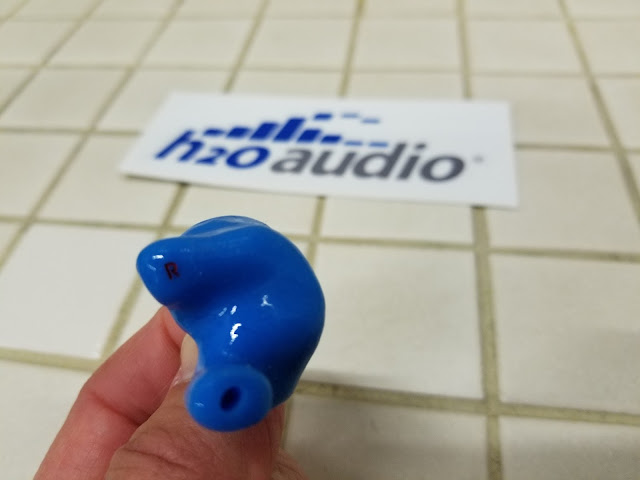 The fit and feel of the SURGE Custom Earphones was amazing.  There was no discomfort and they felt like they were made specifically for my ears.  Oh wait… they were! 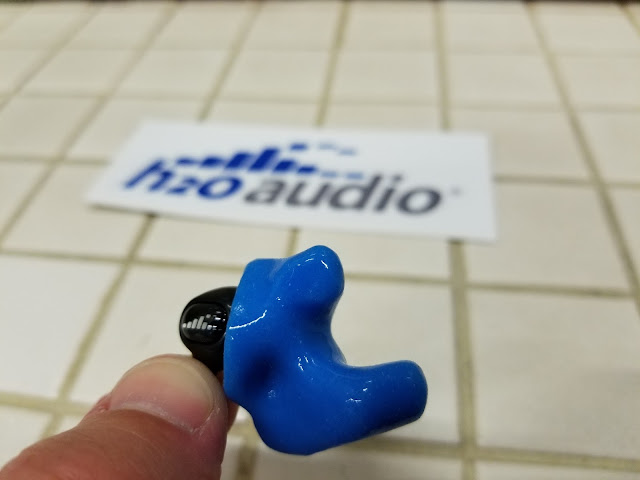 The sound was leaps and bounds better than the other waterproof earphones that I have tested.  When I talked to Kristian, he emphasized how proud he was of the sound quality and how he designed the earphones.  The difficult part of waterproof headphones is that the speaker itself has to be protected and that usually makes the sound worse, but I would put these headphones up against any of my non-waterproof headphones for a sound test.  They are that good!

The fact that I can not only listen to music when I swim, but the sound is great and the earphones are comfortable.  That is priceless.  With that being said, the STREAM Waterproof MP3 Player runs for $79.99 and the SURGE Custom Earphones cost $159.99 (not including the ear impressions) at the H20 Audio website.  The reality is that if you spend a lot of time in the pool or ocean, this would be a great investment of your money.  I would not hesitate to buy or recommend these.