Train In The Worst To Race At Your Best!


I have been running for about 4 1/2 years now and my running has progressed nicely.  I have changed my form and overall have become more injury free by stretching more and training smarter.  When I first started running, my wife and I just had our twins and I had gained some weight between the lack of working out and indulging on sweets.  My first run was horrible, barely making it ¼ mile before needing to walk (and I wasn’t running fast at all).  After a few months, I had picked up the pace a little and decided I wanted to shoot for a half marathon the following year.  The idea was to build my way up to that distance as to not injure myself.  I still had shin splints and IT Band issues as a result of progressing too quickly, but I did run my first half marathon in April of 2014.

I have since run a bunch of half marathons, a few marathons, two 50k’s, and a 12-Hour Endurance Run where I completed 55.3 miles.  I say this not to brag, but to let you know that even as a newer runner, I never thought I could do this.  Even the thought of running a 5k was unbelievable (which it is).  The more I train, the more research I do.  I look into nutrition, fueling during runs and races, training plans, running gear, and how to become a stronger runner.  There are so many resources out there, but the one thing that I find most helpful is barely spoken about.  “I train in the worst to race at my best.”

I can’t tell you how many races I’ve been to where the temperature starts out cool, but then creeps up into the high 70’s or 80’s (or higher).  People start to fall apart (I have had this happen to me as well) because many people train in the morning when it’s cooler out.  I have been to races in the rain or wind and the same thing happens.  People don’t train in these conditions because “It’s not fun.”  Why do I choose to train in the extreme weather conditions you might ask? 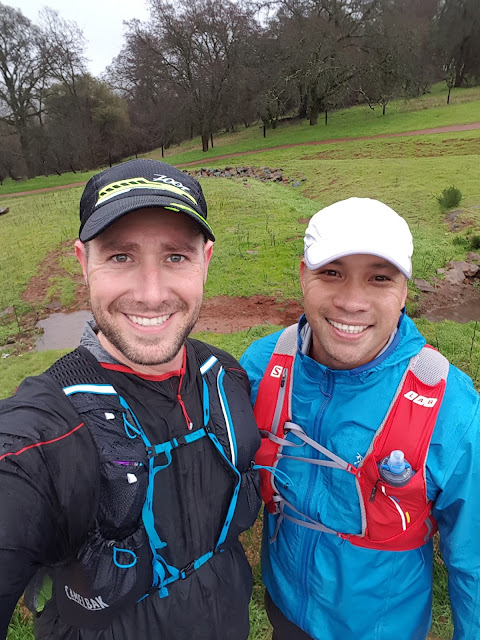 My friends always look at me weird when a big storm is coming and I get all excited to do my long run right in the middle of it.  If it is pouring rain and there are 15-20 mph winds, it is the perfect time to put in some miles.  To be honest, I kind of like the bad weather.  There are a few reasons why I feel this way, and it has paid off in races.

When you train in the extreme heat or rain, you are preparing yourself to handle whatever happens on race day.  Most of my training runs are done during the day.  It is not uncommon to run my summer training runs in 95-100 degree heat.  I slow down my pace and take in more water, but my goal is to acclimate to the heat.  It takes about 2-3 weeks for this to occur, but the results are worth the misery (and I actually began to like training in the heat).  My latest run was in 80 degree heat and I was slower than I was shooting for.  I even had to make a few stops because I just wasn’t feeling it today, but that’s okay.  By training at the extremes, I am getting stronger, both mentally and physically. 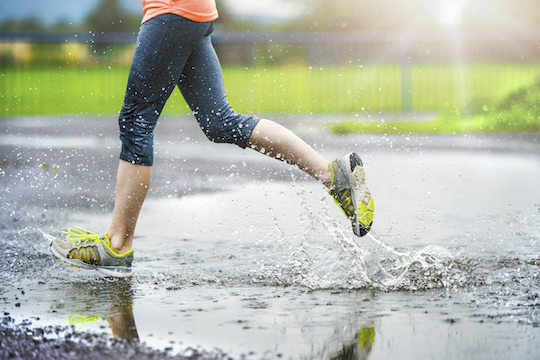 In July, I prepared for my first 12-hour race by running in the heat, even though the race was near the Bay Area (North East of San Francisco) where the temperatures would be lower than where I live.  The starting temperatures were nice, but we were running from 7am-7pm and in the middle of the day the temperatures were going to exceed 80 degrees, which did happen.  At about 2pm, people started to really slow down because of the heat.  Because of all my training, it actually felt somewhat cool to me.  I was extremely surprised and honestly was waiting for the heat to get to me (including nausea).  I finished strong and captured a 2nd place AG award, which is the best I have ever done in any race.

I do long road runs and trail runs in the cold and rain for the same reason.  While I am not a huge fan of getting really dirty, running on wet trails prepares me for whatever the future has planned during upcoming races.  That brings us to the second reason why I train in the extremes. 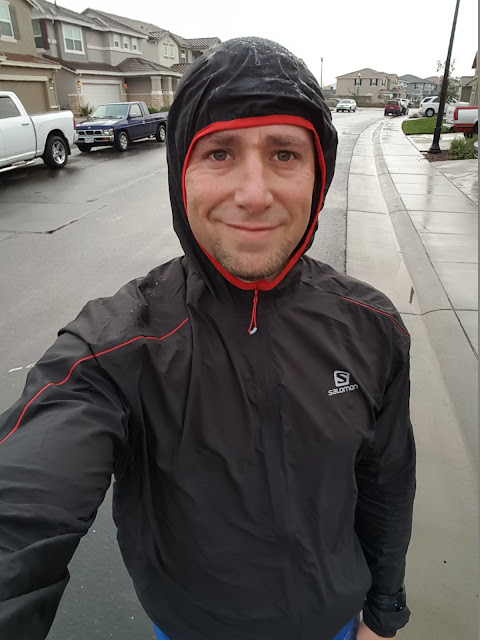 One of the most difficult things for runners to overcome is their own brain, that “stinkin’ thinkin’”.  It can tell us that the wind and rain is too difficult and can shake your confidence, which in turn effects your performance.  What if you trained all year in pristine conditions and the night before your big race, a storm rolls in?  Many times, your mind has already taken you out of running well.  If you train in the extremes, you might not expect a PR, but you can go out feeling confident that the weather won’t kill you.  You have been there and know what to expect.
I have read over and over again that ultra runners know that they will more than likely have to deal with situations during their race whether it is a blister or nausea.  Sometimes the weather turns or you have a cramp in your calf.  The goal is to evaluate the situation and come up with a plan on how you can overcome the issue.  By planning for the worst, you are more prepared to make changes (either mentally or physically) on the fly.

We can do more than our brains tell us we can.  It doesn’t matter if you are shooting to run a mile without stopping or completing your first 100 mile race, by training smarter it becomes easier to overcome our difficulties and reach our goals.  Let me know what goals you want to crush or if you are looking for any specific advice and I will try to do a blog post about it.  Never stop pushing toward your goals, you may just surprise yourself.
Posted by Brian Goldman at 6:00 AM