UCAN do better with Superstarch


* Disclaimer: I received the UCAN Bars to review as part of being a BibRave Pro. Learn more about becoming a BibRave Pro (Ambassador), and check out BibRave.com to review, find, and write race reviews 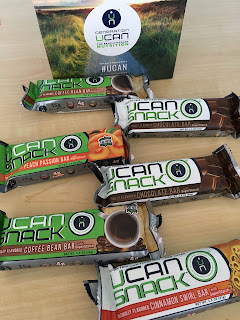 What is Superstarch?
UCAN uses an all-natural, carbohydrate that is patented.  The Superstarch comes from hydrothermally treated, non-GMO corn.  UCAN had top researchers from around the globe searching for a food that maintained blood sugar levels for the longest period of time.  The results produced the Superstarch that UCAN uses today.

Why is Superstarch so great?
Using superstarch provides a steady release of glucose so you don’t have an early spike in blood sugar, which can lead to a crash later on in your workout. Superstarch provides a more reliable, extended source of energy that will last longer than traditional energy sources.  Dr. Cathy Yeckel explains Superstarch as “… giving little bits of energy over time, keeping your blood sugar stable… it gives you energy without disrupting your metabolism. It’s revolutionary.”

UCAN has been featured in several top fitness magazines including Men’s Health, Competitor, and Runner’s World.  Some of the top runners in the world use UCAN products including Meb Keflezighi (Silver Medalist in the 2004 Olympics Marathon, winner of the 2009 New York City Marathon and winner of the 2014 Boston Marathon). 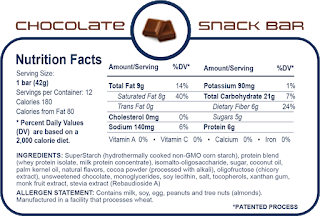 I tested the Chocolate, Peach Passion, and Cinnamon Swirl UCAN snack bars.  I first tried the Chocolate bar and absolutely loved the flavor and texture.  I did feel like I had a steadier source of energy during my interval training, where I normally would have plenty of energy in the beginning, but would start lagging toward the end of my workout.

I wish I could say that I loved the Peach Passion and Cinnamon Swirl as much as the Chocolate.  The taste and texture were not working for me (the texture more than the taste to be honest).  It would take me 5-10 minutes to eat because I could only take small bites at a time.  The results as far as sustained energy were the same as the chocolate though and some of the other BibRave Pro’s really liked these flavors and said they didn’t mind the texture, so take that into account.

With that being said, I would absolutely buy the Chocolate bars again.  The only down side top the Chocolate bars is that they can melt in the heat, where the Peach Passion and Cinnamon Swirl will hold up better in hot conditions. 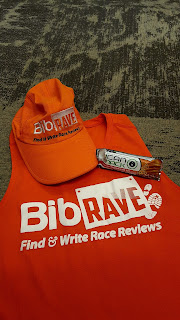 Cons:
The texture can take a little getting used to. Some bars have a better texture than other bars.

You can pick up your UCAN bars at their website.  If you like saving money (who doesn’t), be sure to use the code “BIBRAVE” at checkout to save 15% off.  I really like the benefits from the superstarch and will definitely keep using UCAN bars in my training, although I will be picking my flavors wisely.

If you would like to see what other BibRave Pro’s though about UCAN bars, visit their blog reviews below.
Hanzelboyzmama
Angie Runs
Fun Size Athlete
Posted by Brian Goldman at 6:00 AM