Hoka One One Clifton 2 Review 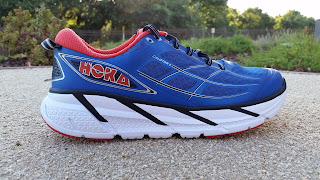 Hoka One One was the first company to release an oversized foam midsole running shoe in 2010 and the trend has been gaining popularity ever since.  Now most companies have some variation of a highly cushioned shoe.  The founders of Hoka One One wanted to create a larger sweet spot, much like on oversized tennis racquets or skies.  There have been statements both for and against these highly cushioned shoes. 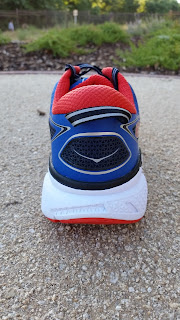 I have reviewed the Hoka One One Huaka in 2014, which is still one of my favorite cushioned shoes (click here to view my review).  When I read about the Clifton 2 coming out, I knew I had to get my hands on them. The original Clifton has won multiple awards and despite only being out a month or so, the Clifton 2 has already won the Summer 2015 “Editor’s Choice for Best Ride” from Competitor.com. 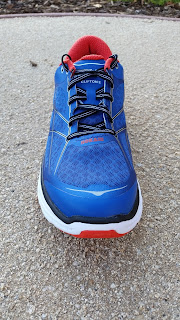 Let’s first look at what made the original Clifton so popular.  It provided tons of cushioning (24mm front and 29mm back) with a 5mm heel drop, which puts your foot and body in a better alignment than many of the shoes with larger heel drops.  It weighed in at a miniscule 7.7 ounces and Hoka claimed that it might quite possibly be the smoothest-riding shoe on the market.  It also had a no sew ultra-light weight upper.  Why am I talking about the original Clifton?  It’s because the Clifton 2 is very similar.

The Clifton 2 took everything people liked about the original Clifton and made changes based on people’s feedback.  They added padding to the tongue to help avoid foot pain and added more structural overlays to make the upper more durable.  While people said that the original Clifton was a little sloppy, the changes with the Clifton 2 took care of that problem.  The Clifton 2 is more stable, especially at higher speeds and going down hills.  They added about 0.6 ounces in the upgrade, but it is still amazingly light at 8.3 ounces. 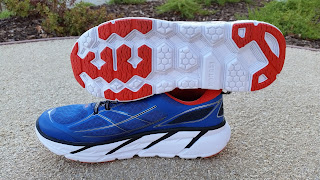 I really like this shoe.  I was really worried when I first got it because the toebox is a little narrow.  I have average to narrow feet, and my big toe was touching the side of the shoe.  My biggest concern was getting hotspots or blister from the rubbing.  I only felt this touching when I was standing in the shoe.  As soon as I started to run in it, my foot settled back in the shoes and it never even crossed my mind.  Many people describe running in Hoka shoes like running on clouds.  I definitely felt this way with the Clifton 2. The outsole is extremely durable and provides plenty of grip on the dirt and road.  This is one awesome shoe!

This will be one of the shoes I heavily rely upon when I start my first full marathon training next month.  It has plenty of cushion and I felt like I could just focus on my run.  I have had some heel issues lately and the extra cushion definitely came in handy.  I am really impressed with this shoe and definitely see why both the Clifton and Clifton 2 are winning awards.   I would definitely recommend this shoe, but as with all shoes, they will not work for everyone.  Check them out at your local running store and let me know what you think.
Pros:
Winner of the Competitor.com Summer 2015 Editor’s Choice for Best Ride
5mm heel drop (still somewhat low)
Very light 8.3 ounces
Plenty of cushion for all types of runs
Great price ($130 Hoka One One website)

Cons:
They are a little narrow in the toebox

Note:  I received this product in exchange for a review.  The review is my personal opinion of the product and I was not required to give a particular opinion of it.  I am not a doctor, so please use all of the products that I review at your own risk.
Posted by Brian Goldman at 1:45 PM